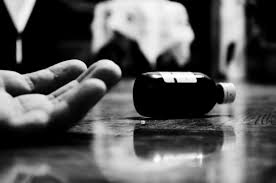 Assisted suicide advocates claim that they are not arguing for assisted suicide, but ‘assisted dying’. The logic of this goes that they wish to apply assisted dying only to people who are terminally-ill, who are not ‘suicidal’ in that they do not wish to die, but simply want to wish to be able to control the time and manner of their dying through a “last act of kindness”.

Sadly, this is a distinction without a difference. The truth is that ‘assisted dying’ is an Orwellian euphemism that has been created to sanitise what is being argued for, and remove its moral and medical implications.

If a person ends their own life, then this is suicide. Suicide is ‘the action of killing oneself intentionally’. What motivations someone has for attempting this do not change the nature of what they are attempting to do.

In a sense, we are all dying; we will all die. Some people can be said to be ‘dying’ in a more immediate sense: the terminally ill are one example, but a very elderly woman in the last three months of her life, but who is not terminally ill, could certainly also be said to be ‘dying’. To give her poison to end her life with if she asked you to, however, would not merely be ‘assisting’ her to die but involving yourself in her suicide.

It makes no difference therefore whether involvement in a patient’s death is five decades beforehand due to emotional distress, or (notionally) five days beforehand due to terminal illness, age, or any other cause. That a person does not want their life to end, but simply control the manner of their dying, does not make their option to bring about their own death any the less suicide. This has major implications for suicide prevention and protection of those who are vulnerable.

Let’s drop the euphemisms, and discuss this issue according to its reality: to legalise physician assistance in a patient’s killing themselves is to legalise assistance in patient suicide. It is legalising assisted suicide.