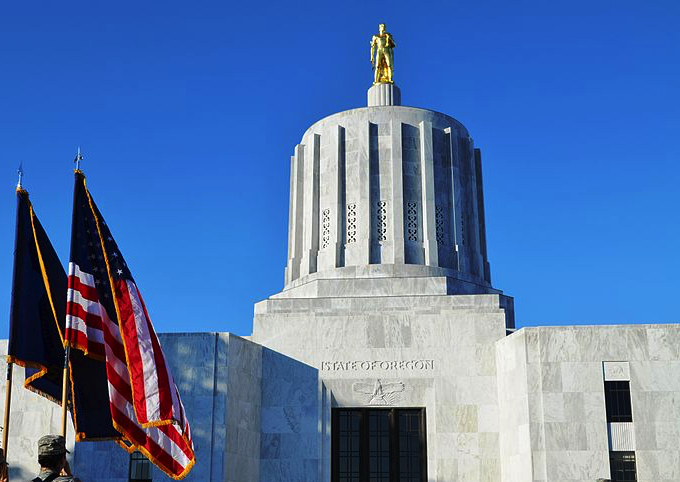 The jurisdiction of Oregon is the favourite model pointed to by assisted suicide advocates, claiming that “20 years of evidence proves that the [Oregon] safeguards work. Vulnerable people are not adversely affected by assisted [suicide] laws”.

The fact is that there is very little data to draw upon from Oregon, as no strong oversight is exercised as to how assisted suicide works there. What little we do know, however, gives great cause for concern. A high rate of people opting for assisted suicide in that State do so because they fear being a burden on their families, Oregon suffers higher relative suicide rates, and evidence suggests that their system fails to protect people with mental health issues.

Minimal Data and No Way to Detect Abuse

Every year, the Oregon State Public Health Division publishes a ‘Death With Dignity’ Act Report. This report functions as minimal data collection, recording simply the numbers of prescriptions of lethal drugs, numbers of such drugs ingested, and information concerning the patients and the drugs used.

Even this minimal data does not give the whole story. Whilst Oregon law requires doctors to report any prescription they make of lethal drugs, there are no penalties for those who fail to report. and so no enforcement of this requirement.

In fact, an Oregon State official, Dr. Katrina Hedberg, when questioned by the House of Lords Select Committee on the Joffe Bill in 2004, acknowledged that even what data they do collect is ultimately lost, as the State Health Division destroys each year’s underlying data records after it issues each annual report (see House of Lords Select Committee Report on the Assisted Dying for the Terminally Ill Bill, Volume II: Evidence, pg. 262, Question 592).

Nor is any non-compliance, under-reporting, or any rule violation monitored by the Oregon State Health Division, which admitted in its first year report that “[W]e cannot detect or collect data on issues of noncompliance with any accuracy”, with other reports admitting that “[O]ur numbers are based on a reporting system for terminally-ill patients who legally receive prescriptions for lethal medications, and do not include patients and physicians who may act outside the law”.

Further, since the information is voluntarily reported by doctors, no information is collected from patients, or their relatives, and there is no official means by which the public can complain about abuses of assisted suicide.

No wonder that an editorial in The Oregonian (Living With the Dying Experiment, The Oregonian, 08/03/05) pointed out that the law established “a system that seems rigged to avoid finding” abuses. There may be many other abuses in Oregon, but the data the State Government releases is so limited, and so temporary, that there are essentially hidden.

Since there is no way of knowing whether abuses take place, it is at best naïve for proponents of assisted suicide in Guernsey to claim that “[i]n 20 years of assisted [suicide] in Oregon – a state with over 60 times the population of Guernsey – there has never been a single case of abuse”. There is simply no way for them to know that.

What little we do know is actually quite concerning.

The ‘Right to Die’ Becomes a ‘Duty to Die’

In 1998, the year in which the ‘Death with Dignity’ Act legalising assisted suicide in Oregon took effect, it reported that 13% of patients applying for medication to commit suicide did so because they were frightened of being a burden on their families. This percentage has increased drastically and the most recent available figures for 2017 show that last year over four times more patients (55%) opted for assisted suicide for fear of being a burden on their families, friends, or caregivers.

What this illustrates is that the ‘right to die’ often becomes a duty to die. Can fear of being a burden could be regarded as making a ‘voluntary’ or ‘free’ decision? Is this really ‘autonomy’?

In 2008, a study published in the British Medical Journal examined 58 Oregonians who sought information on assisted suicide. Of them, 26% met the criteria for depressive disorder, and 22% for anxiety disorder. Three of the depressed individuals received and ingested the lethal drugs, dying within two months of being interviewed. The study’s authors concluded that Oregon’s law “may not adequately protect all mentally ill patients”.

One study has shown that from 2001 to 2007 a majority (61%, 165 out of 271) of the lethal prescriptions were written by a minority (18%, 20 out of 109) of the participating physicians. More striking still, just 3 physicians were responsible for 23% of lethal prescriptions (62 out of 271). What this suggests is that the few doctors who are willing to engage in the majority of assisted suicides, are the least scrupulous minority in their profession.

When we look closely at Oregon, we see that it is useless as a model for Guernsey. We simply do not know enough about what happens there, and this seems quite deliberate. The small amount that we can talk about shows us a medical system and society that anyone concerned for the vulnerable should never want to emulate.