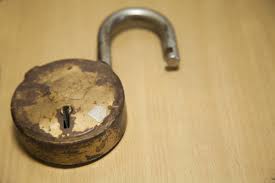 It is claimed that ‘safeguards’ will be put into the law, so as to give continued protections to vulnerable people. When we look at the safeguards that have been proposed in the U.K. however, as well as New Zealand and various States of Australia, we see that these could not but fail to provide the rigour that would be needed to protect vulnerable constituencies of people.

In the U.K. in 2015, Rob Marris MP brought forward his ‘Assisted Dying Bill’, itself a copy of an earlier Bill by Lord Falconer of Thoroton, by which two doctors, an ‘attending’ doctor and an ‘independent’ doctor, would have had to be satisfied that a patient applying for assisted suicide met the eligibility criteria in the Bill, possessing “a clear and settled intention to end their own life that has been reached voluntarily, on an informed basis and without coercion or duress”.

We saw essentially the same system repeated in the ‘End of Life Options Bill’ and ‘End of Life Choice Bill’ in 2015 in New Zealand, and the ‘Voluntary Euthanasia Bill’ and ‘Death with Dignity Bill’ in 2016 in South Australia (in both the cases of later Bills in either jurisdiction, a third safeguard of a psychiatric specialist was added). All of which were rejected by their respective Parliaments.

The problem with the system as laid out in these Bills is that nowhere do they set out how a doctor might go about evaluating a patient to discern that they are not acting under any form of duress, inducement or undue influence (including that due solely to a perception or mistake on the part of the person) in relation to his or her wish to request voluntary euthanasia, nor is there any requirement that they have psychological training, but even with the stipulation of a qualified psychiatric specialist, such a question of motivation is not a medical one, but a personal, social, and domestic one, outside of the expertise of doctors and even psychologists.

Even if all this were not the case, this also relies on both Doctors knowing the patient well enough, and their families, to be able to evaluate their intentions, mental capacity, and freedom from duress such as subtle pressure from relations. Given the relationship between most patients and even their General Practitioners, which is much less familiar than would be required, this is incredibly unrealistic. Not only would their time with the patient be limited, it would be very unusual for any doctor nowadays to have the kind of deep relationship with their patient that would allow them to detect undue influence, or even feeling a burden and other incentives, all of which undermine the ‘voluntary’ desire to end their own lives.

With the added work of a psychiatrist, the amount of time s/he would have to check the patient would also be limited, and given this there is no way they would be able to develop the kind of similarly long term and in-depth rapport with the patient that might, and only potentially, allow them to detect (for example) the problems mentioned above. Since this process is inherently flawed, such so-called ‘safeguards’ are effectively toothless, and lack the detail and power to protect vulnerable people.

The same problem accrues with the proposal to add further the oversight of a Judge, which has been proposed for Guernsey by Deputy Barry Brehaut and Alderney Representative Graham McKinley. What ‘judicial oversight’ means is not explained, but if it means what the Bills by Mr. Marris and Lord Falconer did, it only means the Judge checking that the so-called ‘safeguards’ have been followed. A guarantee that is meaningless if the safeguards are toothless.

Suffice it to say then, the theoretical underpinnings of so-called ‘safeguards’ for assisted suicide and voluntary euthanasia are greatly lacking, and sadly, the human cost of this ill-thought practice in reality is demonstrable in places like Belgium and Holland, where involuntary euthanasia and incremental extension of application have taken place.