THE British Medical Association is opposed to assisted dying with the local branch warning its legalisation could lead to problems recruiting and retaining doctors in Guernsey.

Its intervention came as moves to allow assisted dying in the island hit national headlines, being dubbed ‘suicide clinics’.

The States will debate a requete in May, led by Policy & Resources president Gavin St Pier, which would begin the process of allowing assisted dying.

The Guernsey and Alderney division of the BMA said it had not been approached by the deputies bringing the requete and said that ‘doctor assisted suicide remains a criminal act in both the UK and Guernsey’.

‘The British Medical Association represents doctors with a range of views on the issue, but since 2006 the consensus of the organisation nationally has been to oppose assisted dying in all its forms, and support the current legal framework which allows for compassionate and ethical care for the dying to enable people to die with dignity,’ the lcoal branch said.

‘The BMA most recently addressed this issue in 2016 when it undertook a major research project in the UK to engage with both doctors and patients to seek their views on the subject. This robust, detailed process culminated in a motion at organisation’s Annual Representative Meeting, in which our members voted to remain opposed to assisted dying.

‘Should Guernsey support assisted dying this could have an impact on recruitment and retention of doctors to the island. Doctors need to be registered with the General Medical Council in the UK in order to practice medicine. The GMC offer excellent guidance for doctors on assisted suicide requests from patients and makes it clear it is a criminal offence for anyone to encourage or assist a person to commit suicide. As doctors need to remain GMC members to work in Guernsey a unilateral change in legislation in Guernsey would make it difficult to understand how these two conflicts could be reconciled.’ 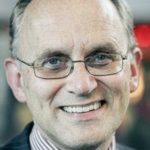 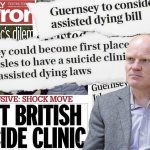