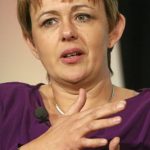 One of the UK’s leading disability rights campaigners has warned against plans to introduce assisted suicide, or euthanasia on Guernsey.

In a short film that was specifically recorded for the Care for Life public meeting in St Peter Port, she highlight how safeguards have been eroded in the small number of countries where assisted suicide, or euthanasia have been legal for some time.

In a deeply personal section she talked how it was possible for any of disable person to feel low and a burden on their friends and family. “The voices of disabled people, particularly matter on this subject of life and death. The simple truth is that there is no safe law for assisted suicide and disabled people are particularly vulnerable if such a law is passed. ”

Tanni recorded the film, because she was unable to attend the meeting, but wanted to give a voice for the up to 13,000 people on Guernsey who have a disability, whether physical or mental.

Tanni was born with spina-bifida and is a wheelchair user. She is one of the UK’s most successful disabled athletes, winning 11 Paralympic gold medals and breaking 30 records.

Those attending the packed public meeting also heard from Dr Peter Saunders, CEO of the Christian Medical Fellowship, and Kevin Yuill, an academic historian and author of the book: Assisted Suicide: The Liberal, Humanist Case Against Legalization.

Dr Saunders warned about the implications of changing the law for the medical profession, which is why not a single major doctors group including the BMA, APM and Royal Colleges support such a change.

He talked about the problems in Oregon, the US state that those wishing to change the law often cite as an example of a system that works, where there were documented examples of people being refused life saving and life extending drugs, while offered the lethal cocktail of barbiturates to kill themselves.

Dr Saunders, concluded by highlighting research in Oregon had found a significant number of those opting to end their lives were suffering from clinically treatable depression.

While Kevin Yuill pointed to the problems in Holland and Belgium, which saw a system designed to alleviate suffering of terminally ill mentally competent adults had been extended to include disabled people, the young and those suffering with mental health problems.

Kevin cited the example of Aurelia Brouwers a 29-year-old Dutch woman. Aurelia suffered from a range of mental-health issues – She was not terminally ill or disabled. In December 2017, she was given permission for the State to end her life despite her documented and treatable psychiatric problems.

He said that those campaigning for assisted dying who insisted that cases like this could never happen in Guernsey, were mistaken and were ignoring all the evidence that shows once you remove universal protections from the sick and vulnerable, it is unrealistic to expect so-called ‘autonomy’ and ‘compassion’ to be reserved only for those who suffer from life-shortening physical diseases.

Speaking after the meeting, the Reverend Tim Barker, the Dean of Guernsey commented: “These experts painted a disturbing picture of what could happen if we cross this Rubicon. Allowing the state to discriminate against individuals on ground of health and, or disability, will lead to individuals who feel that they have become a burden ending their lives.

“As Baroness Grey-Thompson said as there is no safe system or perfect law anywhere in the world disabled people and the vulnerable risked being collateral damage, which is not the intention of those calling for assisted suicide or euthanasia, but the reality of what would happen.

“Hopefully this message will be heard loud and clear by those considering this deeply flawed proposal and they will accept and decide that the safest law is the one we currently have.”

John Ogier who Chaired the meeting, was delighted with the attendance of over 100 people and the informed questions asked of the panel. He said “The meeting tonight demonstrates that a movement which was initially started by the churches across the Island, is now much broader incorporating those with disabilities, the hospice movement, those with no faith as well as those with faith. It was a particular pleasure to hear from Kevin Yuill from his atheist / humanist perspective and the concerns he had regarding the Requête.”

You can watch the short film below … 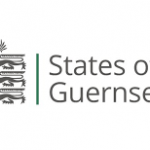